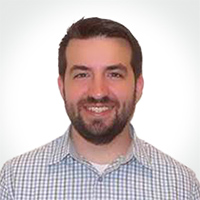 Ryan held various positions within the organization since joining as a consultant in 2015 and was most recently named the Senior Director, Product Management of Xolv Technology Solutions™​, leading the Product Management Team. Beginning in technology over fifteen years ago, Ryan was drawn to the healthcare industry where he sought to make an impact through technology.

Knowing most people are impacted by healthcare in some form, Ryan’s goal was to utilize technology for the greatest impact on people directly, ranging from the back office to clinicians to billing and patients. While with Steward Health Care, he successfully created a strategy for 500+ providers to earn certification in the CMS Meaningful Use incentive program resulting in 95% of eligible providers attesting to Meaningful Use in the first year and Providers earning more than $5 million in incentive payments. Throughout his career, Ryan has held roles in many areas, including end-user support, implementation and optimization and creation of products and solutions, resulting in a broad range of knowledge and vast skillsets that he brings to Xolv.

At Xolv, he has been given the opportunity to solve problems using cutting-edge technology solutions that are meaningful and impactful to many people, leaving him professionally fulfilled. An essential asset to the Xolv team, Ryan played an integral role in product growth, resulting in a 40% increase in billing and documentation compliance and a $2 million annual reduction in administrative costs.

Ryan received his BS in Computer Engineering and MS in Information Systems from Northeastern University.