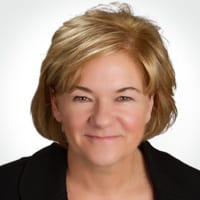 As CEO of Xolv Technology Solutions™​, Susan’s primary focus is overseeing the continued growth of the organization’s existing scope of services, primarily in response to the unprecedented need for behavioral health services in Northern California.

Susan began her career with Easterseals Louisiana 17 years ago as Director of Case Management and eventually became Vice President of Program Services, where she was responsible for establishing Case Management/Family Service Coordination sites throughout the state. In her post at Easterseals Arkansas, she directed a federally funded project designed to stimulate the availability of Early Intervention services in Louisiana, Mississippi and Arkansas.

Subsequently, Susan has held top executive positions with two Easterseals affiliates in Florida, successfully completing the merger of these organizations as President and CEO of one. She also served as President and CEO of Easterseals Tennessee through 2009, where, during her four-year tenure, she led the organization through significant structural and operational changes to ensure delivery of its core business while maintaining the highest quality standards.